Five Nights at Freddy’s 4 is the sequel of the famous horror survival video game FNaF series of Scott Cawthon. Once again explore the survival progress of the main character in this last chapter of the FNaF’s original story. Try on one of the scariest video games with creepy animatronics in Android devices with APK For Android here! 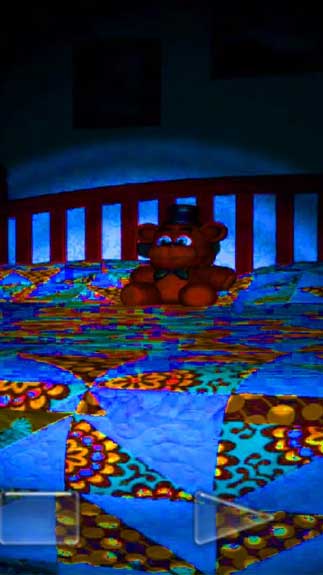 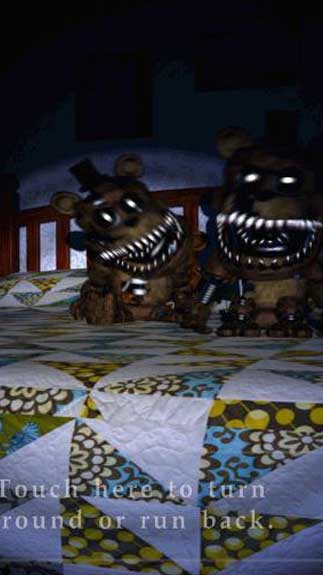 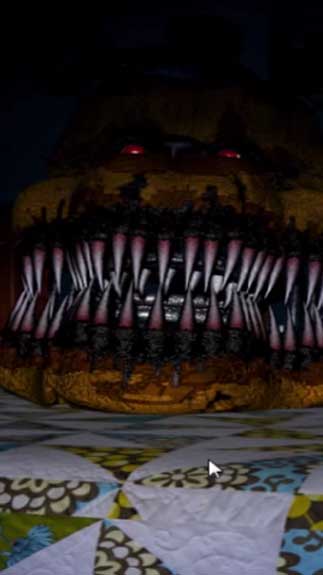 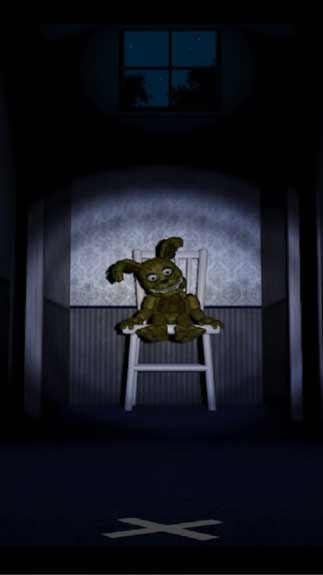 This sequel is the last installment of the story told by Scott Cawthon. This is also the best part of the series as it combines perfectly the coolest parts of the three prequels. The game promises to immerse players into a heart-pumping atmosphere, extremely interesting moments, especially when playing it at night.

The game centers around a boy living in a house full of dangers. He has to overcome horrible nights, protect himself against dangerous animatronics Freddy, Bonnie, Chica, and Foxy with only a flashlight. The animatronics appear everywhere, in his bed, and in the closet. Players have to play as the kid and survive five nights in the game by listening carefully to the sound emanating from the surroundings to choose the appropriate actions.

As a truly horrible game, this sequel is designed with a fuzzy interface combined with cold background music. This makes players feel like they are lost in the forest full of demons, and the surrounding is just the darkness. Combined with the sound of the wandering beasts, its graphics are a bunch of scariness.

Can you survive five nights there? Take the challenge and try it on your phone with APK Five Nights at Freddy’s 4 for Android here!

How To Install Five Nights at Freddy’s 4 APK