Angry Birds Epic APK is an extremely attractive and completely free adventure role-playing game on Android devices. Join the game, you will have access to a variety of unique weapons, bad characters, and goofy hats. Join the game to lead your army of crazy birds into battle and enjoy great moments of relaxation today! 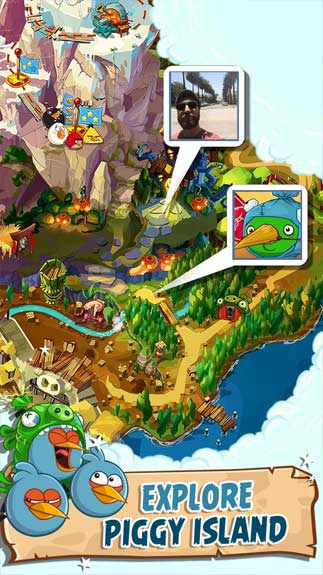 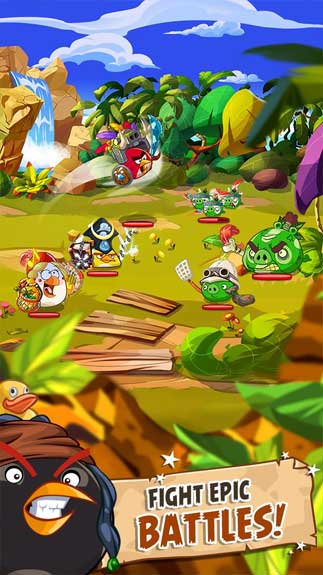 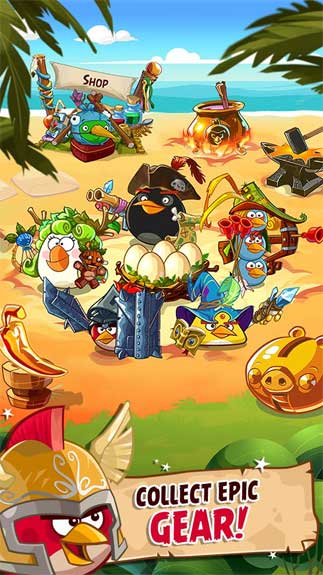 About Angry Birds APK for Android

As mentioned above, the game has brought the characters “crazy birds” into different character classes. In addition to the item system, weapons, and armor to equip the birds in the game. From there, the only task set for the player is to chase the green pigs to reclaim the stolen eggs.

In addition, the game also allows you to unlock a few characters, respectively the different skills Red, Chuck … These new characters promise to significantly enhance your experience while playing the game. In addition, you will also have the opportunity to own items such as weapons or armor, along with leveling up, you will own characters with stronger stats, so you can confront opponents. Stronger also becomes somewhat easier.

The gameplay of the game is somewhat simpler than the puzzle versions of this series. You will only need to control your character and swipe from character position to pigs to attack, tap on the character to have buff skills depending on the selected character class. Below the screen is an image of a chili. The more you attack, the more the “rage” bar denoted by this pepper will fill up. After the Rage bar is full, the characters in the game will have significantly stronger attack power.

Angry Birds Epic APK is really worth for you playing in the future. This game for Android certainly does not make you disappointed when playing.