Angry Birds Fight! APK Free Download APK For Android is an interesting game in the Rovio game series Rovio with a familiar match-3 style. This is a puzzle game with beautiful graphics, simple and extremely addictive gameplay, very suitable for entertainment. Therefore, there is no reason that you can ignore this interesting game for your Android device. 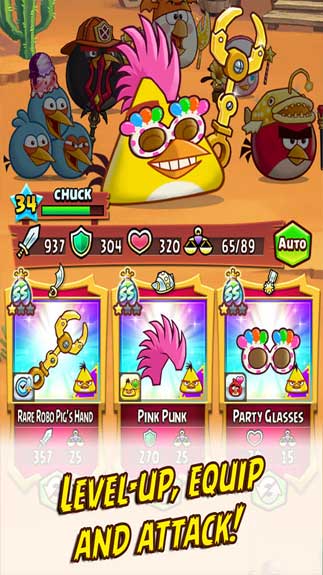 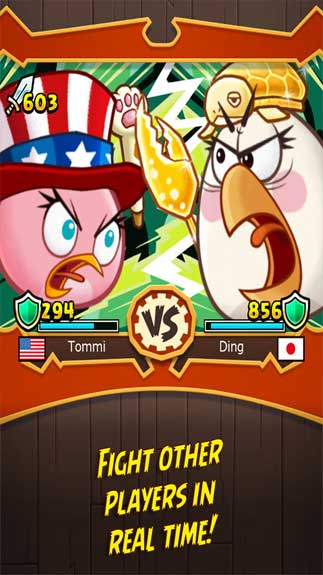 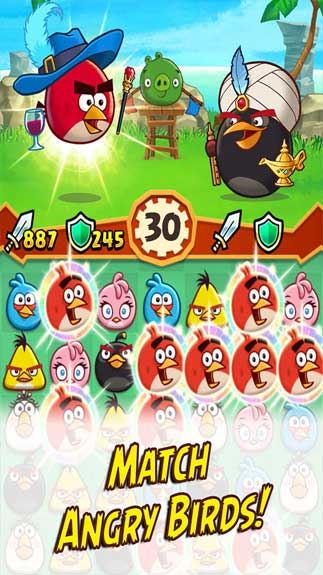 The plot of the game revolves around the greedy green pigs who have created mutant warriors to fight with crazy birds and plot to invade their island. However, they accidentally created a huge monster that threatened the survival of sea creatures. The player’s task is to gather brave warriors and join the fight with other players to defeat the evil blue pigs.

In the game, the player’s task is to confront real-time battles by arranging colorful birds in rows or columns of 3 or more birds of the same color to create an attack on the opponent. This task seems simple but sure will not be too easy for beginners to play this game.

Besides, during the game, you will gradually unlock new characters, new equipment for your birds to increase combat capabilities including hats, tools, medals … After each Whether you win or lose you will get the amount of gold, experience points, and agility corresponding to the ability shown in that level. So please do your best to win on each game screen.

What are you waiting for without immediately downloading Angry Birds Fight! APK for your Android device. Wish you have moments of refreshing entertainment with this game.