Happy Mod 2.5.2 is an Android mod store app, which has Apk free for Download. It provides all sorts of mods for all games that are available on the store, which will help you play the game easier. 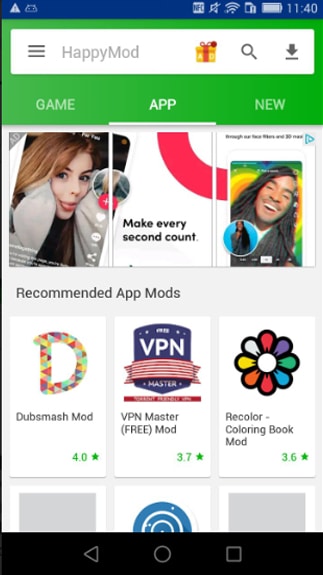 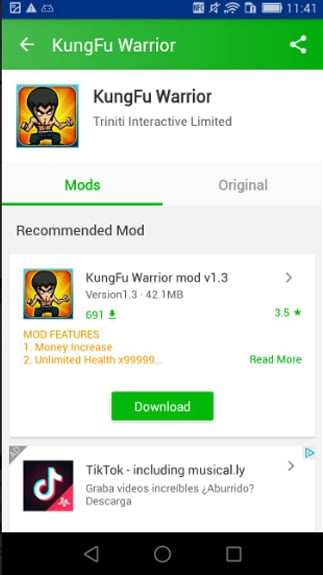 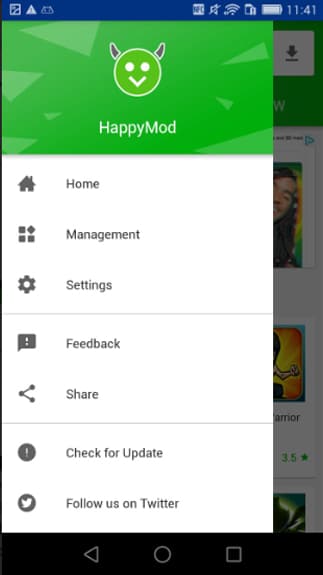 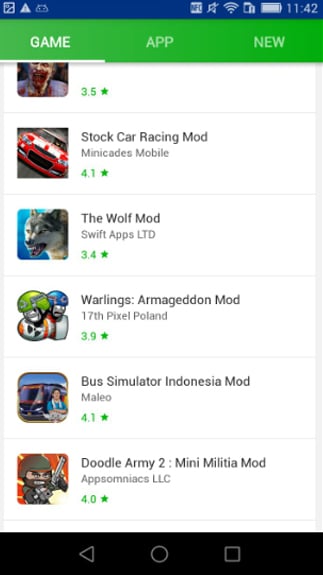 Mods are add-on files, which are often be confused with hacks. Mods only change some features of the game to make players play the game much easier, it usually divided into 2 types: the client-side and server-side mod.

Hack, on the other hand, will create an imbalance in the game, which makes user overpower the others. As a result, using mods will not make you being banned from the server of the game if you are playing an online game.

Playing games on Android devices, you can also add mods to the game using the manual method, which is to place the mod in the game folder. However, there is an application that helps you with installing mods much easier, it is called Happy Mod app.

Happy Mod will optimize your modifying process, which has its own store where you can download mod files and will help you launch the mod to the game effortlessly. It includes mods from almost any game, except for games that are not widely played.

The User Interface of this application is also simple, which you will get used to from the very first moment using it. You can have a look at the UI from the screenshots that we have included. Happy Mod 2.5.2 APK file is available for free download for your Android devices.